Full Name
Brian Kuebler
Job Title
Author
Company
Author
Speaker Bio
Brian Kuebler is an award winning investigative journalist in Baltimore, Maryland. He was a television reporter for twenty years and has written, published, and broadcast thousands of stories in his career. Kuebler has won three Edward R. Murrow Awards for his writing ability, two Emmys, and was recognized for ‘Outstanding Enterprise Reporting’ by the Associated Press. Two of those honors were awarded to Brian for the reporting of the story that eventually became his debut narrative nonfiction book, THE LONG BLINK.

Kuebler is a graduate of the University of Maryland, College Park, where he completed a Bachelor of Arts in Journalism and also holds a Master’s Degree in Journalism from the University of Missouri, Columbia. He has been a journalist and storyteller in Idaho, Missouri, and from The Bluff City –Memphis, Tennessee, to Charm City — Baltimore, Maryland.

During his career, Brian worked to develop a unique hard news, narrative style of writing that resonates with his viewers and readers.

Brian is originally from Long Island, New York and, while you’ll never mistake him as anything other than a New Yorker, he now calls Baltimore his home. He lives in the city with his wife and his Chesapeake Bay Retriever named, Shea.
Speaking At
The Long Blink - The True Story of Trauma, Forgiveness and One Man's Fight for Safer Roads 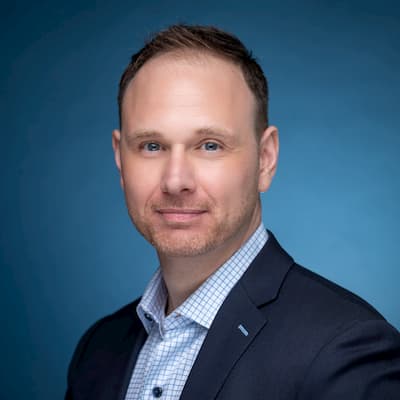